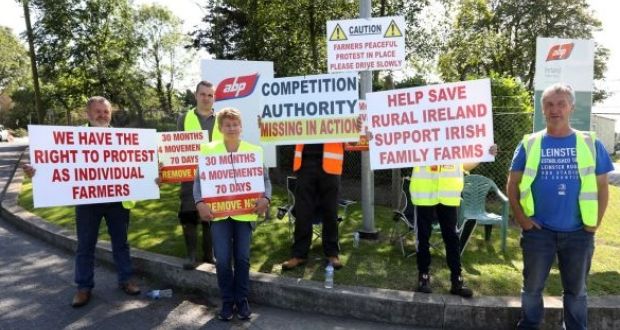 The full force of the political establishment is being deployed to break the beef protests.

RTE has stepped up its propaganda; Kepak meats has held back a €6 million investment; and thousands of workers have been laid off.

Behind this, stands the powerful hand of the meat processing industry. Yet while attention has been focused on the farmers who are protesting, few are talking about the corporations who have cut the living standards of farmers and workers.

Meat industry workers are treated no better. In 2015. Meat Industry Ireland made a submission to the Low Pay Commission arguing against any increase in the minimum wage. They often operate a system of roll over contracts where workers are employed by sub-contractors and let go regularly before they gain a legal entitlement to a permanent job.

Last year, ABP, for example, made €175 million in profits but Goodman has routed much of his wealth through Luxembourg to help avoid taxes.

These companies are at the root of the crisis in the Irish beef sector. They are stepping up pressure on farmers by using laid off workers as their hostage.

We need to break their grip over Irish society and its food production.