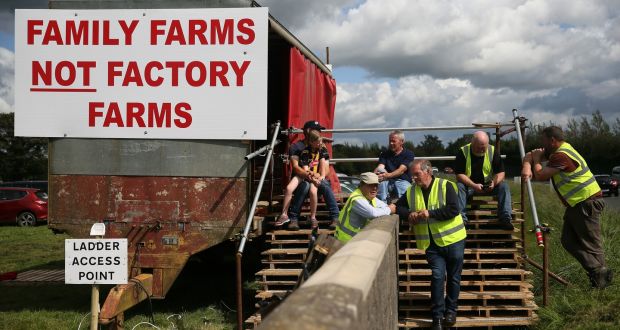 People Before Profit are in full support of the farmers who have re-ignited their protests in the wake of the shoddy deal offered. There was never any intention on the side of Meat Industry Ireland and Minister for Agriculture Michael Creed to engage meaningfully with the farmers or to offer any real improvements to their conditions.

The deal itself offered the farmers very little increased control over their animals, it gives no guarantee that there will be any transparency over how profits are made in the industry, and there have been no meaningful measures put in place that will challenge the control of the big processors and supermarkets and give small farmers a fair price for what they produce.

To make matters worse, the High Court has now sided with the major beef processors and put an injunction on those continuing to picket the processing plants. This is a disgraceful attack on the right to protest.

The Mercosur deal is another stark example of how the major meat processors’ vociferous appetite for profit cannot be satisfied and will prove disastrous for the planet and for farmer living standards.

Dealing with the current Climate Emergency and providing a just transition for farmers and workers will necessarily require the breakup of the major processors in favour of more sustainable farming methods. ABP, Dawn Meats and Kepak should be taken into public ownership

People Before Profit support the demands of the Beef Plan Movement. We believe the fight to revitalise rural Ireland and the global struggle against climate breakdown are interconnected. We want to support farmers in a just transition that will radically improve their standard of living, providing grants to help them stay on the land, engaged in mixed, sustainable farming methods and forestry.