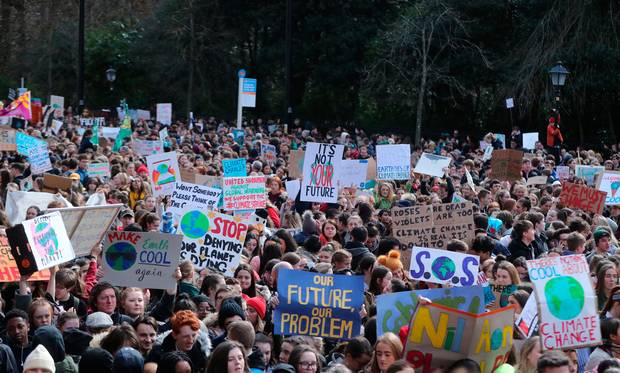 Just days after an election where there was a ‘Green wave’ Fine Gael has moved to block a People Before Profit bill to keep fossil fuels in the ground.

The Government has used a little-known parliamentary move to stop discussion on the bill. The Junior Minister for Natural Resources has imposed a ‘money message’ on the bill. Once a government makes this claim, no opposition bill can be debated.

However, such moves are normally made at a much earlier stage. What is unusual about the current moves is that Brid Smith’s Climate Emergency Measures Bill has been subject to repeated back-stage manoeuvring to stop it.

After passing an initial first and second stage, the government attempted to refer it to a committee that was composed of senators such as Michael Lowry and Michael McDowell. Normally, bills are referred to committees composed of TDs but as the government was not assured of a majority, they changed the rules.

Brid Smith fought back against this manoeuvre and won. She was due to have the Bill debated again on June 11th. But at the last moment, yet another manoeuvre was brought into play.

“It gives two fingers to the electorate’s green wave…The government has shown itself to be merely concerned with climate PR and greenwashing rather than taking radical and affirmative action on the ever more urgent climate crisis and the desperate need for CO2 reduction,” Brid Smith said.

This disgrace undemocratic action also shows why there could be no environmentalist could even contemplate a coalition with a party that acts as a puppet for the fossil fuel industry.

Join the protest tomorrow, Thursday 30th May outside the Dáil at 1pm.